Hi, and I apologize for not updating this blog more often ^^;

First, I want to tell about the marvelous dinner yakiniku party with Eroolia (kokouta) casts! Not all could come due to the schedule but it was really fun! 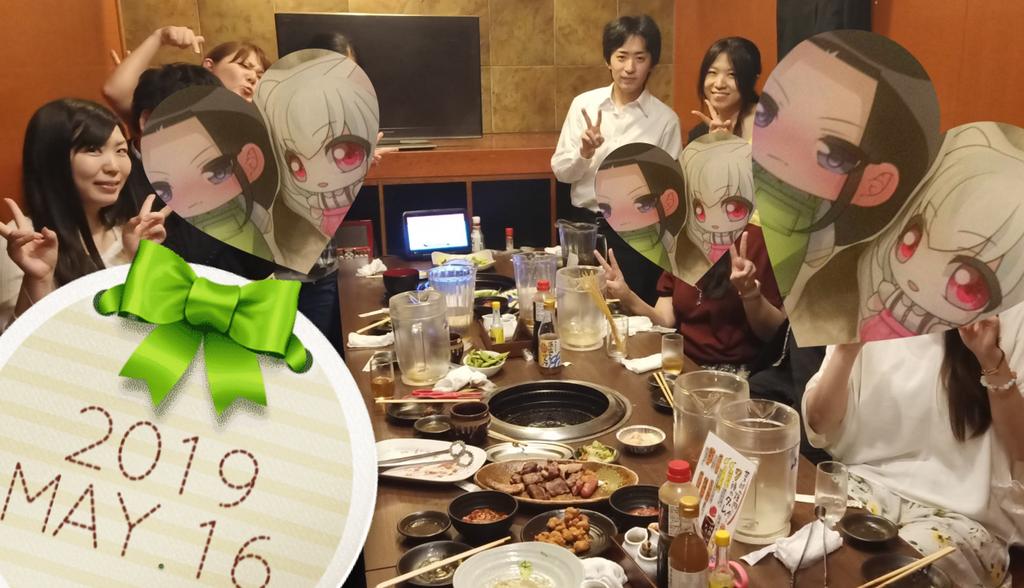 It’s really exciting to work with them, I feel as if I really went into the Eroolia’s world 💖💖

Learning Unity, polishing scenario and others

So yes, I’ve spent my last few days in learning unity and it’s not easy as it’s very different with the engine I used before.

First, I’m thinking to use “Utage” which is quite famous in Japanese visual novel community and also used by Japanese company product too as I heard. This engine though, doesn’t use text files, but it’s excel based. Which means, the programming method is quite different with the method I know so far. It enables me to try many new effects, but there’s also some issue I got as the glittering CG I like might not be as easy to produce as before. I still need to learn a lot about it.

I also decided to convert my apps on Amazon Appstore to support multi languages, like the one I published at Google Play and iOS. Hopefully the progress will run smooth without any issue. It takes a bit of time though ^^;